The Willington Olympics taking Kaizen to a Whole New Level

For over a year the Willington Companies have been using the Kaizen philosophy of Lean manufacturing to make improvements to their business. Kaizen focuses on continuous improvement and each month the chosen Kaizen leaders spent an entire week involved in these events designed to make improvements to the business. Of course, that meant that someone else would have to fill in for the leader’s duties while they were away. Even though this posed a challenge in some ways, the results were impressive with reduced set-up times and improved work procedures. Then a new idea was born: what if the whole company participated in a Kaizen? 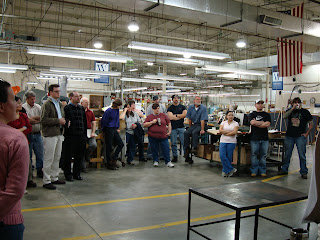 The idea of the first Willington Lean Olympics was born. Rather than having just a few select leaders spend an entire week working on improvements, the whole company would participate two hours a day for five days. The employees were divided into teams, prizes such as paid vacation days were determined and the games were ready to begin. Each day would have a different focus: 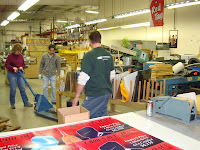 · Day one would focus on the 5 S’s: Simplify, Straighten, Scrub, Stabilize, and Sustain. This involved a lot of cleaning and de-cluttering. This process helps provide a more comfortable and productive work environment. Employees were able to swap items that were no longer needed in their area for ones they needed from another. 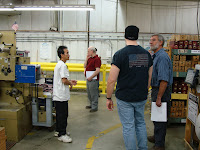 · Day two focused on idea tracking and “The 7 Wastes”. The 7 Wastes are: transportation, overproduction, motion, defects, waiting, inventory, and processing and waste is considered ” anything other than the minimum amount of equipment, materials, space, and an employee’s time, which are necessary to add value to the product or service.” 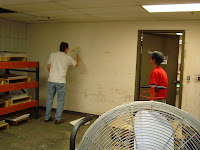 · Day three was all about G.E.D, a company philosophy the company’s president coined from the famous comedian’s line “Get ‘Er Done”. The employees were able to roll up their sleeves and put improvements into action. 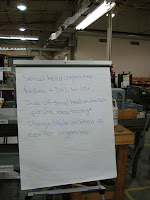 · Day four focus on continued implementation. Plans were made to implement new ideas that would not be able to be completed in the 2 hours per day, 5 day event in future Kaizens. 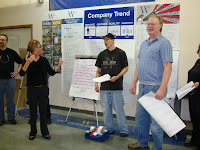 · Day five was time to celebrate. Everyone had a chance to present their accomplishments and ideas to the other teams. Each team judged one another’s progress and the winners were chosen for the Gold, Silver and Bronze levels.

In the end everyone won since morale was improved along with business procedures and they all received an extra paid day off during the holidays. The Willington Lean Olympics is a good example of the dedication to both continuous improvement and a happy work environment that spurred the University of Connecticut to award The Willington Companies as the Best Family Business of 2008. The Willington Lean Olympics helped illustrate that fact and proved that continuous improvement ideas discovered through Kaizen don’t have to take a long time to implement. New ideas and improvements are best made as a team and employees appreciate having their input heard and implemented which creates a happier more productive work environment.